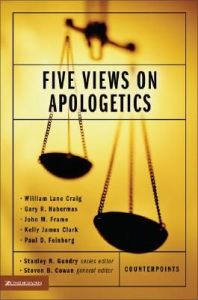 This book provides a good survey of the different apologetics methods that can be used in the practice of Apologetics. What’s better still is that there is a response at the end of each proposed method by another scholar, hence the word “counterpoints”. William Lane Craig is a fine Philosopher-Theologian who represents the classical method; Gary Habermas is a scholar who proposes the use of evidences and is well known  for his apologetics on the resurrection; John M. Frame a respected systematic theologian espouses the method of presuppositional apologetics; Kelly James Clark represents the reformed epistemology method and Paul D. Feinburg illustrates the cumulative-case method. This is a an intermediate-to-advanced study that can help one to understand the different methods for engaging in apologetics. 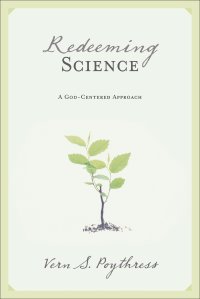 Vern Poythress is a Professor of New Testament at Westminster Theological Seminary, who has a PhD in Mathematics and 4 advanced degrees in Theology. This qualifies him to write this accessible yet astute book that tries to “redeem science”. In a time when some think that science is the only way to know the truth, this book places science in its right perspective as one of the ways of confirming reality. Get the copyrighted and free book here.

8. The End of Reason: A Response to the New Atheists

Ravi Zacharias marshals a strong response to the New Atheists criticism of Christianity. Particularly responding to the atheist Sam Harris’s The End of Faith, Ravi is helpful in showing that everyone engages with life from a specific paradigm, worldview or set of basic assumptions. These assumptions traverse the questions on origins, existence, morality and  destiny. As the founder of a global Apologetics ministry, he is well suited to make a cogent response: Add to that his exposure to world religions and cultures, his former atheism that led to a suicide attempt and the passion and pathos he elicits in his Christian witness, this book makes a good read.

7. The New Evidence that Demands a Verdict

Josh McDowell served in student ministry with Campus Crusade for Christ. A graduate of the Apologetics-centered seminary, Talbot, his education and heart for ministry combine to give a credible compendium of a resource for Apologetics. The New Evidence that Demands a Verdict is the 3rd edition that seeks to respond to the new cultural climate of postmodernism, and recent archaeological and historical evidences. This is a reference book for any Christian to have as it straddles three monumental areas of apologetics: The reliability of the Bible, the case for Christ and the nature of truth. It is as accessible as it is wide in scope and deep in content.

6. Has Christianity Failed You?

Reading at a time when I had been converted to Jesus Christ through the work of His Spirit, this book really helped me to understand the uniqueness of Jesus in a time when Christianity elicits vitriol and bile from the public sphere. Writing for a popular reading, Ravi helped me to see what sets Jesus Christ apart from other respected historical figures, appreciate the coherence of the Christian faith and deal with the practical issues of Christian life. This is a good introductory book to the field of apologetics.

If I could number the hours that I have accumulated thinking of ultimate issues, and life issues in general, they would be indirectly proportional to the time one can take to read this book. Only eighty six pages, R. C. Sproul guides his readers through the landscape of competing ideas by commending a Christian worldview as being sufficient in dealing with the whole sweep of ultimate questions. Defining worldview as “a view of the world . . . a framework we use to make sense of things” Sproul gives an introductory and easy-to-read work on worldviews. While noting that each person has their own perspective, an idea that our current society strongly supports, this theologian, pastor and founder of Ligonier Ministries challenges the reader to examine what they think and believe. This is a book that can challenge all types of readers.

4. Love Your God with All Your Mind: The Role of Reason in the Life of the Soul

Living in a continent that has sometimes been weary of genuine questioning, this book gave me the biblical license to engage my mind with God’s revelation. Moreland is a Christian philosopher and professor, and debunks the ideas of the mind and the soul, and how these are crucial for the development of faith. His singular point is that engaging the mind and soul can aid our spiritual formation, and growth into Christ-likeness. The title of his book echoes the Jewish shema and Jesus’s summary of the Law as Loving the One Lord, with the whole person. This is a good book that will clarify several issues surrounding faith, Christ-likeness and reason.

3. On Guard: Defending Your Faith with Reason and Precision

Professor William Lane Craig can sometimes be heady and quite thorough in his argumentation. Though he is a proponent of the classical method of apologetics, his clarity of communication and sharing of his testimony have commended me to his work. On Guard is a one of his readable books and he casts a wide stroke of the major apologetic issues: he begins by defining apologetics and responding to major misconceptions, God’s existence and the Universe, Morality, Suffering and the Uniqueness of Jesus. In the Western and Protestant world, he is among the foremost Christian philosophers and apologists, and his use of logic to clarify questions about the faith has been of interest to me.

2. Philosophical Foundations for a Christian Worldview

This is another must-have reference book for any thoughtful Christian. Both Christian philosophers, they give in this book the philosophical foundations that are necessary in developing a robust Christian worldview. They begin by commending philosophy as it can help to clarify our thinking – as such their first chapter is on logic and argumentation, going as far as helping the reader to identify fallacies of reasoning. The rest of the book looks at various areas of philosophy from a Christian worldview: epistemology as the area that looks at knowledge; metaphysics as the area that looks at the concept of being or reality; Philosophy of Science; Ethics and Philosophy of Religion. This an intermediate-advanced level for those willing to take up a challenge 🙂

1. The Universe Next Door: A Worldview Catalogue

This is the book that introduced me to worldview thinking. Worldviews are the set of assumptions about what makes up reality that people usually have. In a way, no one comes to any issue or person from a neutral perspective. In this readable book, James Sire, an editor of the popular Christian publisher InterVarsity Press, gives a “catalog” of the major worldviews from a Christian perspective. When such terms as humanism, nihilism, postmodernism, naturalism are thrown around as jargon, Sire gives an easy to understand survey of these terms, how they are present in our everyday culture and how a Christian should respond to them.

2 responses to “My Top Apologetics Books”